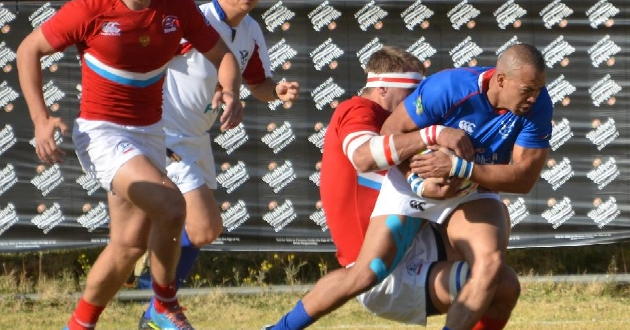 Namibia beat Russia in Windhoek to gain over two rating points, while Uganda and Madagascar both climb the World Rugby Rankings after going through the Africa Cup Division 1B campaign unbeaten.

Phil Davies’ tenure as head coach of Namibia began on a winning note after the Welwitschias defeated Russia 39-19 in the first of a two-test series in Windhoek on Saturday.

Namibia produced their best performance in over a year in Davies’ first match in charge with a comprehensive victory over a side ranked three places higher in the World Rugby Rankings going into the match.

The margin of victory would have been greater had France-based fly-half Theuns Kotze not missed five kicks at goal as Namibia built on their slender 13-12 half-time lead to pull away from the tiring Russians in the second half.

Speedster Russel van Wyk grabbed two tries in a man of the match performance while scrum-half Eugene Jantjies raced away for one of the best tries seen in many a year at the Hage Geingob Stadium.

The gap between the nations in the World Rugby Rankings has now closed to just two places after Russia lost 2.09 points to fall one place to 20th with Spain the beneficiaries. Namibia remain in 22nd place despite that gain but now are only just over two rating points behind fellow Rugby World Cup 2015 qualifiers Uruguay above them.

Namibia captain Jacques Burger, playing in his first test on home soil since 2009, was ecstatic with the win. “I am massively proud of the team; a victory in any test match is great. We defended until the end, stuck to our structures and came

Uganda will compete in Africa’s elite division next season after winning promotion to Division 1A of the Africa Cup.

Michael Wokorach scored a hat-trick as the Rugby Cranes followed up earlier wins against Mauritius (35-11) and Ivory Coast (40-11) with a comprehensive, nine-try 59-10 victory against Botswana to claim the Division 1B title. 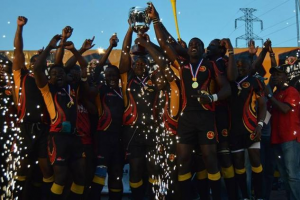 Uganda will replace Tunisia in Division 1A and can now look forward to fixtures against Namibia, Zimbabwe and Kenya in 2016.

“We would like to thank everyone for supporting us,” said Cranes captain Brian Odongo. “We are back where we belong.”

Uganda’s climb up the rankings continues apace with a two-place gain taking them to 48th, although they are still seven places below Madagascar, who now occupy 41st position after they too went through the Division 1B campaign unbeaten thanks to a final day 33-24 win over Mauritius. Botswana’s performances over the course of the tournament led to them improving their rankings position by four places to 63rd.

In the first game of the day in Kyadondo, Ivory Coast edged out Senegal 22-19. With two narrow defeats and only one win, Senegal suffer a 3.26 point reduction and a 10-place drop to 50th in the world. The Senegalese are now only a fifth of a rating point above Ivory Coast.

Meanwhile, Samoa’s historic game against world champions New Zealand in Apia, which saw the All Blacks run out 25-16 winners, did not affect the rankings due to the eight places and 18.31 rating points separating the two nations.