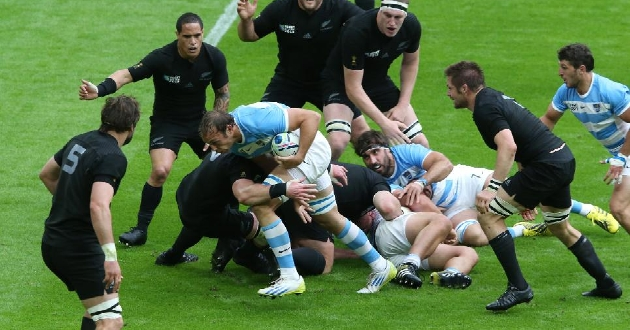 Pumas provide insight into how to breach New Zealand defences

Argentina took it up to the All Blacks and provided the Springboks with a potential roadmap to beat their Rugby World Cup 2015 semi-final opponents.

LONDON, 22 Oct – South Africa’s Rugby World Cup 2015 started with a terrible time in Brighton, but the same weekend they were on the receiving end of the biggest RWC shock of all time, semi-final opponents New Zealand also experienced the sternest examination of their tournament at the hands of Argentina.

The All Blacks won 26-16 despite having trailed 16-12 in the 56th minute, but Argentina had used a gameplan that, albeit basic, gave New Zealand problems, had them down to 13 men for a few minutes in the first half, and forced them into a mass of early second-half changes – as well as a major alteration to their own gameplan – to get a result.

The first part of the match provided a handy roadmap that South Africa could use to upset their great rivals at Twickenham on Saturday. Among other things, it would have had Heyneke Meyer’s coaching team scrutinising the match video.

There are two things South Africa could specifically look to exploit in the same manner as Argentina.

First, they would have seen how Argentina were able to hold on to the ball, carry it into contact and force New Zealand back off the gainline.

Big ball carriers attacking the fringes with pick-and-go runs and keeping the ball secure in contact achieves good metres, gets an opposition going backwards and disorganises them defensively, which leads to penalty chances at the least. 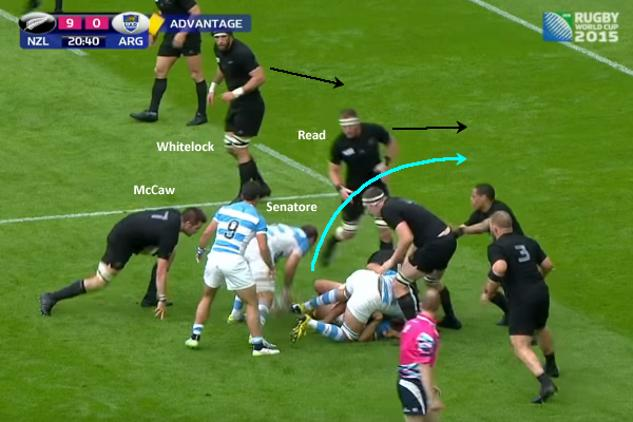 South Africa are not short of big ball carriers, indeed Schalk Burger has carried the ball over the gainline (35) more than any other forward at RWC 2015 apart from Japan’s Michael Leitch.

Heavyweight Springboks locks Lood de Jager (25) and Eben Etzebeth (21) are also powerful ball carriers who are able to take on contact while still driving forward and generating momentum. If breaches are made this way, an opposition team’s discipline can be severely tested.

The second thing they would have seen is how Juan Imhoff was able to beat New Zealand’s defence with a little more subtlety than the heavy fringe carries around the ruck.

A wing hanging around at the back of a ruck should have been a tell, but New Zealand’s Sam Whitelock was focused on the carrying threat of Juan Fernandez Lobbe and drifted up and off teammate Owen Franks, the defender inside him. 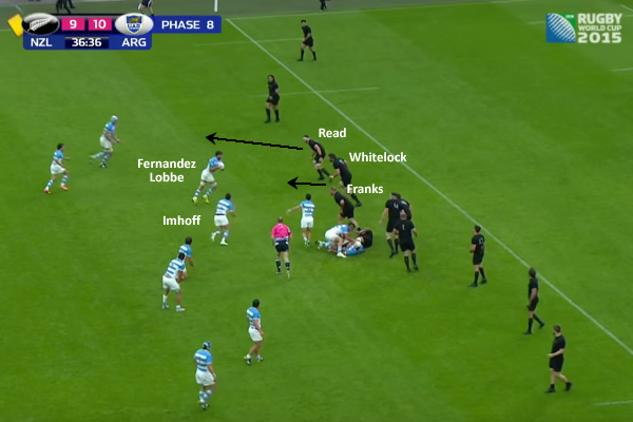 With Whitelock out of the defensive line and isolated, even only slightly, Fernandez Lobbe could time his inside ball just before Whitelock’s contact, and Imhoff raced through the space left between Kieran Read and Franks. Argentina did not score, but Imhoff’s break caused New Zealand to hit the panic button and they conceded three penalty points and 10 minutes without sin-binned Conrad Smith to keep the Pumas out. 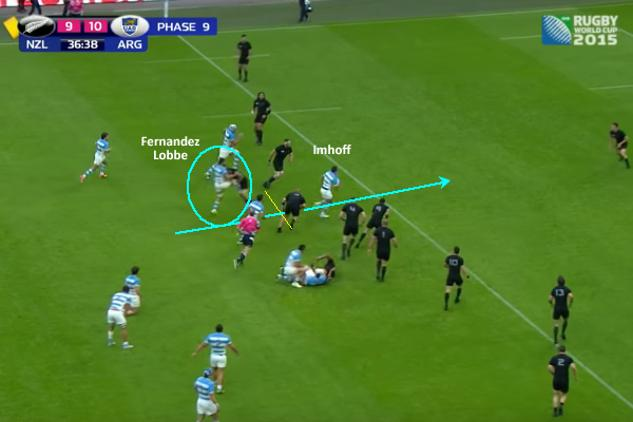 This would have interested South Africa in particular because Bryan Habana (8), Jesse Kriel (7) and Willie le Roux (7) are all competent line-breakers who are in the tournament’s top 15 for clean breaks.

Le Roux, in fact scored a try direct from an inside ball off Kriel to put the Springboks ahead when they played New Zealand this year in the Rugby Championship at Ellis Park.

Wesley Fofana was able to break through New Zealand’s ruck guard off an inside ball when the quarter-final with France was still close (29-13) in Cardiff; clearly, this can be made an area of All Blacks uncertainty if targetted correctly.

The inside ball is a simple play that can be used to devastating effect when the combination of space awareness and timing come together. It requires forwards who are comfortable with the ball and backs who are able to identify where the space will open up and target it. South Africa have both.

If the Springboks noted these weaknesses as opportunities and can use them to pierce New Zealand’s defence at Twickenham on Saturday, perhaps they should send a thank you note to the Pumas for so generously pointing them out.