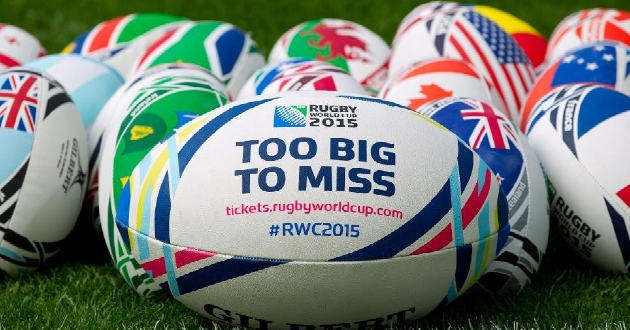 Fans will have further opportunities to secure Rugby World Cup 2015 match tickets after an increase in ticket capacity from 2.3 million to 2.45 million.

Rugby World Cup 2015 is on track to be the biggest Rugby World Cup to date following an increase in ticket capacity to 2.45 million for the third largest global sporting event, hosted in England and in Cardiff later this year.

The increase from 2.3 million tickets to 2.45 million tickets, following final venue configuration across the 13 match venues, gives more fans the chance to be part of Rugby World Cup 2015.

40,000 tickets are currently on sale at tickets.rugbyworldcup.com and a further 100,000 additional tickets will go on sale from 27 July. Tickets for all 48 matches will be available and fans that applied for England and knock out matches at Twickenham Stadium during the September 2014 ballot, and have yet to secure seats, will be given priority access.

The sale will take place in four stages, across five days, from 27 July to 31 July via tickets.rugbyworldcup.com:

Thursday 30 July: 30,000 tickets for Pool A and B matches will go on general sale at 12:00 (BST). This will also include any remaining tickets to England matches and the knock out stage matches that have not been sold in the previous day’s sales window.

Friday 31 July: 25,000 tickets for Pool C and D matches will go on general sale at 12:00 (BST). This will include any remaining tickets to Pool A and B matches, England matches, and the knock out stage matches not sold in the previous day’s sale.

Managing Director of England Rugby 2015, Stephen Brown, said: “Selling 2.15 million tickets puts us firmly on track to be one of the best attended tournaments to date and we are really pleased with sales so far.  We have worked hard to ensure that we have as many seats for fans as possible and are pleased to confirm the increased ticket capacity of 2.45 million across the tournament now that our venue configurations are complete.

“We continue to see strong demand for tickets and have introduced a priority sales window for England and knock out match tickets as the next wave of sales are launched. This will allow fans who applied for tickets to these matches in the September 2014 ballot and have yet to secure seats with an increased opportunity to buy. Excitement around the tournament continues to grow and as we approach 50 days to go, it really is going to be too big to miss.”

The additional 100,000 tickets on sale from July 27 are a mixture of extra seats from the completion of venue configuration, handbacks from the Rugby World Cup Limited commercial programme, and tickets that have been registered for resale from fans that can no longer use their tickets.

World Rugby and Rugby World Cup Limited Chairman Bernard Lapasset, added: “England 2015 is on track to be the biggest Rugby World Cup ever and with ticket demand continuing to grow we are confident that it will be a truly special, unmissable and record-breaking global celebration of rugby.

“Today’s announcement of an increased ticketing capacity is great news for rugby fans, major event enthusiasts and those who just want to experience what looks set to be the sporting event of the year and the biggest event in the UK in 2015. I have no doubt that England 2015 will reach out and inspire new audiences in the host nation and around the globe in a way no other Rugby World Cup has done.”

mmes. More details on these programmes can be found at www.rugbyworldcup.com/ticketing.

An official resale service is also open to fans allowing them to sell tickets for matches they can no longer attend at face value, through a secure, transparent and authorised system via tickets.rugbyworldcup.com. The simple resale service, which has already seen 30,000 tickets resold is free to use, allows fans to choose which tickets they want to sell. This self-service option will keep fans informed of the status of their tickets with updates throughout the posting and resale process. Fans can also log into their account at any stage and withdraw tickets from resale should they change their mind. Any ticket posted for resale will appear on the website, tickets.rugbyworldcup.com, within 72 hours.

Ing order to enjoy the best possible spectator experience  and not be let down or misled, Rugby World Cup 2015 are uring fans to only buy tickets from these official sources. For more information and to check whether a company or certain website is an official RWC2015 channel, fans can see the ‘Official Checker’ list of agents located at www.rubywgorldcup.com/buyofficial.